We went and picked them up from Cables Piggery in nearby Silver Creek, GA. We are very pleased with them. They were born around April 7-9, so they’re just shy of 8 weeks old. We estimate them between 20-30lbs. They’re Hampshire x Duroc crosses. I think they look most like Hampshires, black and white (and super cute). I’m trying not to name them, because then I know it’ll be game over and they’ll never leave. They’re both gilts (unbred females), so I guess they could become breeders, HA!

We actually had to meet in a Walmart parking lot due to flash flooding in the area. I’m sure the shoppers loved hearing the screaming from them as we picked them up and transferred them from trailer to our dog box.

We got them home and they had gotten a bit car sick, puked all over the dog box. Unloading was stinky and not fun. But once they were in their pen, they calmed down and their tails curled right up. We gave them some food and water and filled their kiddie pool.

The piglet with the all black head is very talkative, slightly larger, and more confident but also more wary of humans. The smaller, white-headed piglet is very curious and less dominant. They both LOVED the eggs I gave them. They seem to have healthy appetites. They were also enjoying rooting everywhere that there was fresh dirt, which is inconveniently around our fence posts. We started digging out their wallow in hopes that they’ll take to rooting over there and towards the center of the pen.

I laid down some hay for them and they snuggled up and slept under their overhang and stayed dry. I’m nervous to go home, I hope they’re still in their pen and haven’t escaped. I am enjoying them thus far. Just thinking about the possibility of them reaching 200-250lbs each, providing us with likely over 250-300lb of pork is an AMAZING thought. I hope they don’t prove to be too much of a pain in the a$$, but we shall see. 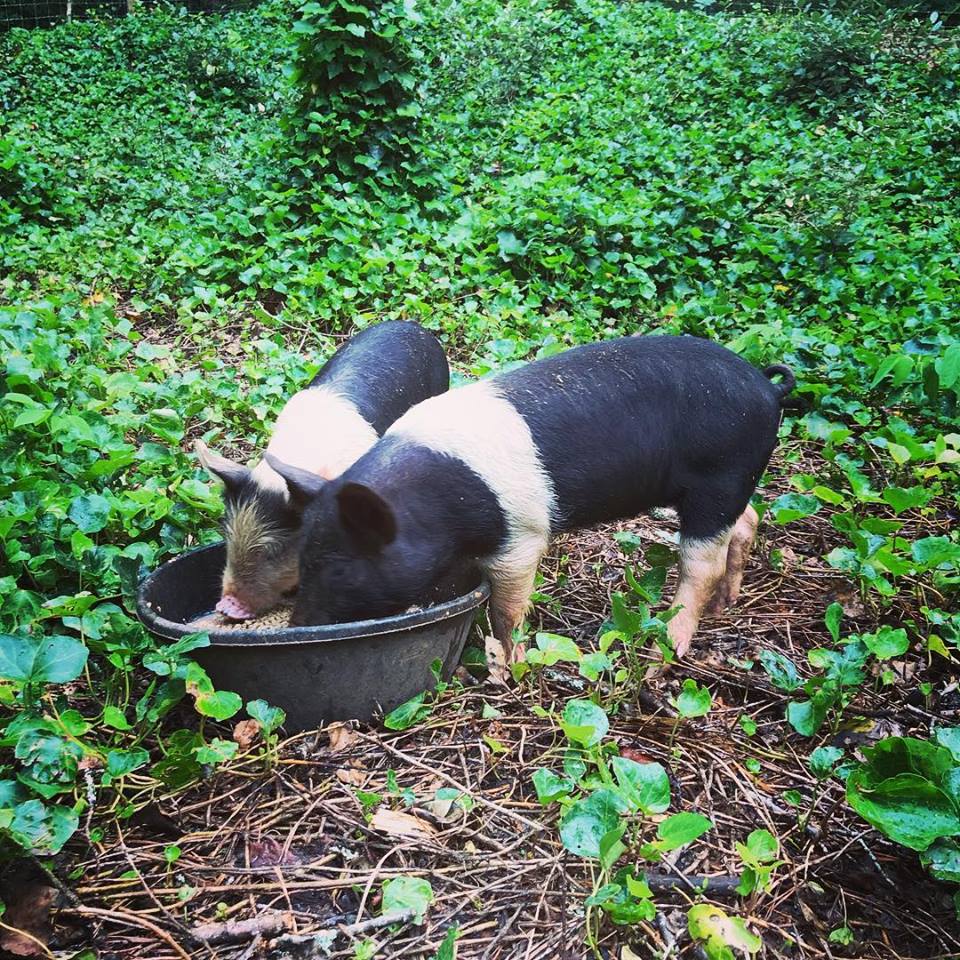