This week has been full of death, and I think it has taken its toll on me. Sunday we butchered the remaining 4 meat birds plus the 1 barnyard mix who was shacked up with them. That wasn’t difficult, all went as planned. We did end up plucking by hand which was HORRID, but we got the job done. I’ve included a photo below of the barnyard mix and the Cornish X for comparison. The barnyard mix was a week older and still SO much smaller than the Cornish, which is why I won’t even attempt another meat breed. Although they’re a stupid bird, there is NO comparison between Cornish X for meat production. They were 8 weeks old when we butchered, and all of them were right around 10lb live, our largest was 8lb dressed. 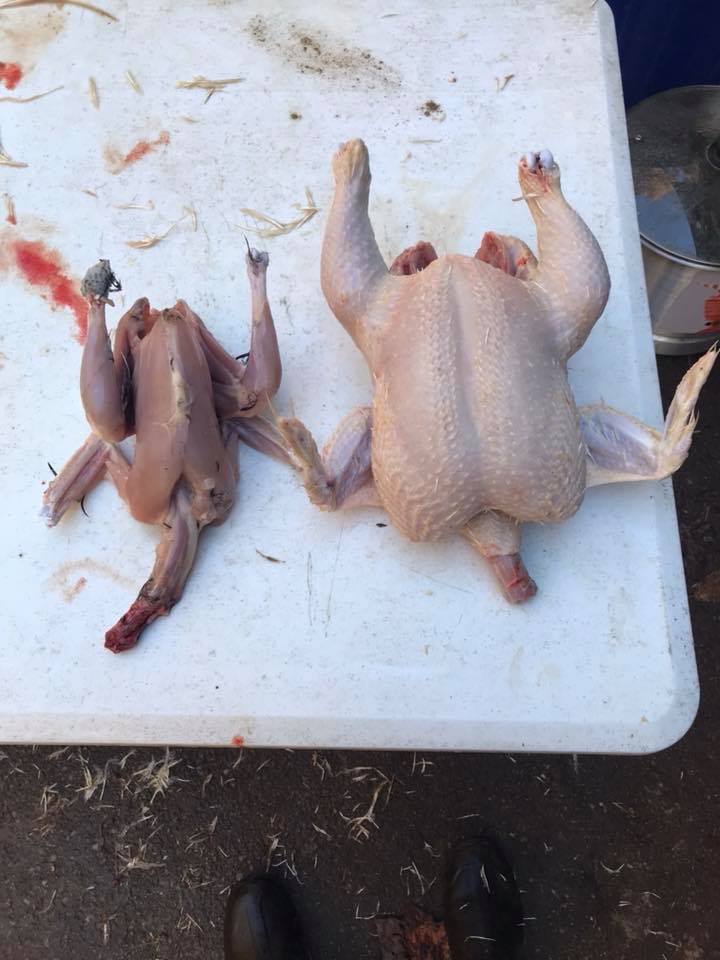 Then, Monday the pigs went to butcher. They loaded just fine, and the enclosure we made in the truck bed worked perfectly. When we arrived at the processors, the issue we had was unloading them. They didn’t want to get out of the truck bed, and unfortunately the worker was not patient and began shocking them with the cattle prod. This caused them to scream like no tomorrow. They finally unloaded down the ramp into the holding pen before being processed, but listening to them scream and seeing them be visibly distressed was awful. I put a lot of effort into ensuring that they had good lives, and that they were not stressed learning to load into the truck. They were very calm on the drive to the processor, but all in vain because of their stressful unloading experience. I only hope the meat is not negatively affected. 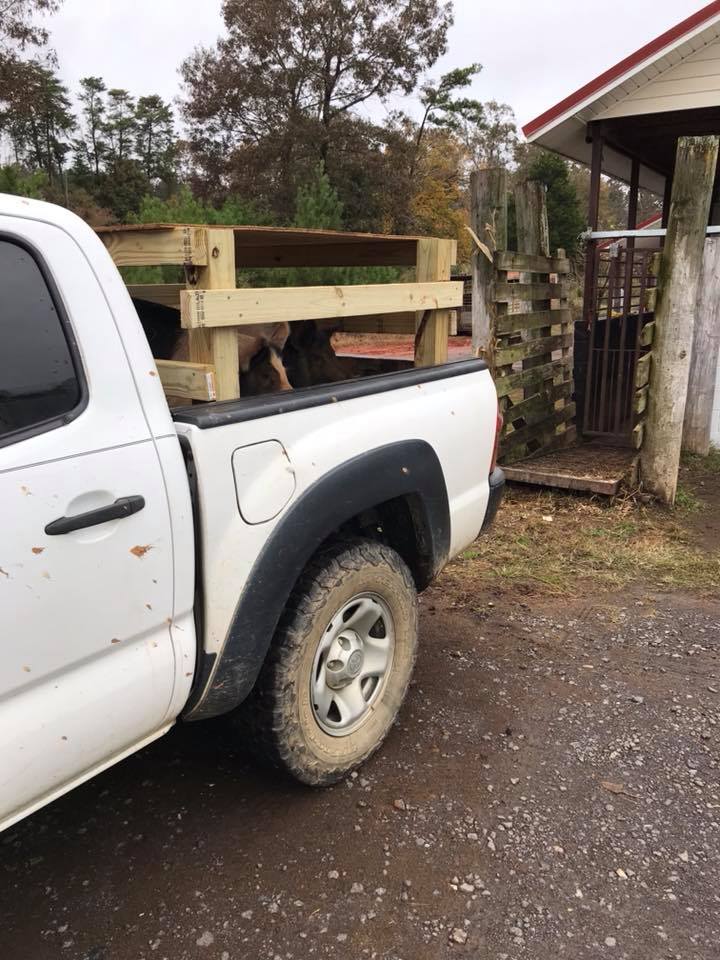 Monday night was a tough one for me. I was sad. I enjoyed having the pigs. Certainly, my wallet will be happier not having to feed them, but I miss their “talking,” and their eagerness to eat ANYTHING we put in the pen with them. It is so odd having an empty pig pen. I am keeping my eyes to the future though, the pig pen will become a mini orchard filled with dwarf fruit trees, berry bushes, and grape vines. It will become a turkey paddock in the spring of 2019 for our Thanksgiving turkeys. Our next batch of pigs will live in the woods, with more space and the ability to forage entirely. I am excited for the pork that we will receive from our first pigs, and I understand that I gave them a good life, and in death they will provide for us. I know that their lives were 1000x better than hogs raised in CAFOs, and their meat will be healthier for us.

Death is a part of life. No life exists without death, and we must all pay the toll one day.